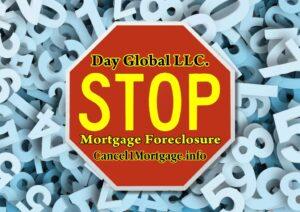 What if you could further see and now knew that the commercial value – of any given product or thing – was “based upon” its SERIAL NUMBER, and NOT the price tag sticker amount?

That the REAL VALUE of a $20 dollar bill, or $50, or $100, or however much, was based upon the “serial number” on it, and NOT the stated dollar amount. WOW! You say to yourself!
Knowing this, and knowing that the $20 dollar bill that you are holding in your hand is NOT worth 20 silver dollars, NOR ANY intrinsic or substance of value in gold or copper.

It then should dawn upon you that the ONLY value of that paper bill can ONLY be connected with the “serial number” printed on it just like your Social Security Number. You realize that the reasons for this are quite obvious!

That the same Territorial Federal “United States of America” that printed up those serial number laden dollar bills printed by a private corporation netting over 3 Billion Dollars a year from the sweat of your brow taxes, is also the SAME Territorial Federal “United States” Corporation that is currently over “18 TRILLION DOLLARS” IN DEBT and climbing! In the Red! Negative balance! Negative account! Overdrawn! Overextended! BANKRUPT!!!!!!!!!!!

Because the dollar amount on it only indicates the NEGATIVE BALANCE amount (The specific dollar amount “OVERDUE” but “EXTENDED AS CREDIT” AS an impaired, distorted form of “NEGATIVE CREDIT” “Debt Instrument”, “NEGATIVE SECURITY CURRENCY”, and a fraction of more than 18 Trillion Dollars of “DEBT”).

In other words, “DEBT CREDIT!” “Promissory Note” “Debt Instruments”, “NEGATIVE SECURITY CURRENCY”, Money, And Debt Credit is NO CREDIT because it’s based upon DEBT or DEATH because DEBT means DEATH! You, the American people, are dead, lost at sea, and a corporation by your Birth Certificates. Therefore it is not even credit! It is nothing! Has NO VALUE!

And the serial number is the Identification Tag/Number for “inventory” or “BILLS OF LADING” on their Government sea vessels in the form of Legal Fictions property who are artificial PERSONS, Citizens, and Property for these Government purposes.

The “NUMBER” whereby the “CREDITORS” (United States Federal Private Reserve Bank), that the 18 Trillion Dollar Debt originates from, can track the “collateral” you, the human collateral money, of the over 18 Trillion Dollar National Debt that the bankrupt “Washington, District of Columbia foreign municipality corporation” is subject of!

One Dollar Bill on the Front Left-side is the private Seal of one of the Federal Private Reserve BANKs in America.

Despite the United States Federal Private Reserve Banks Corporation asserting a claim that “Washington, D.C.” is over 30 Trillion Dollars in Debt to the Foreign Federal Private Reserve Bank, most Americans today fail to realize that the United States Federal Reserve “BANK” is a “PRIVATE” Bank, a Registered Corporation just like Wal-Mart, CVS Pharmacy, Wells Fargo Bank, N.A., etc.!
Seventy years ago this fact was common knowledge among many Americans.
It was even taught in school as part of History class.

Today, it is no longer even mentioned in school and most of you Americans are utterly oblivious to this once common knowledge.

Pushed by 5 major foreign National Banks and Created from an Act of Congress, but more-or-less a “HYBRID” (Created through Legislation, but as a Corporation with privately held stock).
Eighty-Five percent (85%) of the Stock is owned entirely by European International Bankers. These foreign Shareholders/Owners are entirely European Jewish families.

In the next video, I mention most of the foreign American Central Bank Shareholders/Owners.
Think about it..