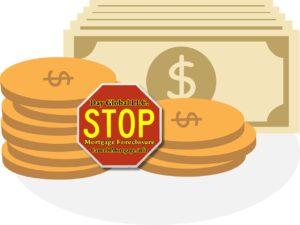 Capitalism is an economic and political system in which a country’s trade and industry are controlled by private owners for profit, rather than by the state or government.

Capitalism is often thought of as an economic system in which private actors own and control property in accord with their interests, and demand and supply freely set prices in markets in a way that can serve the best interests of society. …

It is this rational self-interest that can lead to economic prosperity. Capitalism is an economic system based on free markets and limited government intervention. In short, capitalism can cause – inequality, market failure, damage to the environment, short-termism, excess materialism, and boom and bust economic cycles and this is where we are today.

Economyism is a theory or viewpoint that attaches decisive or principal importance to economic goals or interests or the relationship between a society’s resources and its production or output. Economic systems can be categorized into four main types: traditional economies, command economies, mixed economies, and market economies.

Socialists believe that everything in society is made by the cooperative efforts and work of the people and citizens.
Disadvantages of socialism include slow economic growth, less entrepreneurial opportunity and competition, and a potential lack of motivation by individuals due to lesser rewards. Since the government controls almost all of society’s functions socialism reduces people’s wealth, not only in different areas but also in all societal ranks and classes except the political government officials..

Communism is a political theory derived from Karl Marx, advocating class war and leading to a society in which all property is publicly owned and each person works and is paid according to their abilities and needs who are forced into debt. In simple terms, Communism is an economic ideology that advocates for a classless society in which all property and wealth are communally-owned, State-owned, Government-owned, and the people have only the use of the property under usufruct, but never own the property.

Doesn’t this sound like the United States Corporation in North America when you discharge your mortgage or pay off your automobile??

The State Government still owns your mortgage by charging property tax for their land’s use.
The State Government still owns your automobile by charging license and registration fees that are indirect taxes. Remember the Boston Tea Party from history about no taxation without representation? In the United States Corporation, the people have no representation.

Governmentism is The aspirations and initiatives associated with the few elite individuals in control of the people of a country who are supportive of institutions, corporations, central banks, privatizing prisons, in charge of commercial trade, and creating unneeded public policies under the color of law they call statutes, codes, rules, regulations, public policy, and sham court cases where Judges Presume you are U.S. Citizens, Persons, legal fictions, entities, and corporations in commerce without the conclusion of law that promote strong governance as a must-have or chaos will exist to achieve control over you by deceit, deception, false promises of better life, giving you more benefits that you are paying for and think they know what is best for you and every other American.

A government must be limited in order for the people to be free and retain your rights.

When a Government grows more control is taken from the people until the people become debt slaves..

Youism as individuals, one of the American people, and Debt in the modern commercial economy are you, the people as debt slaves even though you fund your own bank and financial corporation loans.

The fourteenth Amendment abolished slavery, yet when the Government protector Police issue a speeding ticket or any ticket that requires a fee which are hidden indirect taxes, these Government Official Bullies place you in involuntary servitude debt slavery.

If you are arrested the police officers are taking you or kidnapping you into Human Trafficking which is a Federal Crime. All five of these Political ISMS lead back to the slavery of the human race and Debt Slavery!
Think about it..