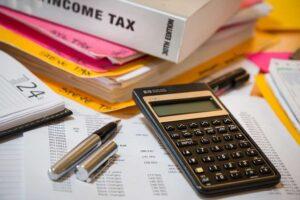 To this is added a bank policy that’s been popping up all over the world – restrictions on the size of transactions that you’re allowed to make with your own money. The higher the transaction amount, the more “suspect” you are of being involved in criminal and/or terrorist acts, which are to be reported to the authorities

To add insult to injury, some countries, having established limits, have already begun lowering them. This trend is establishing the banks as a regulating body, deciding what you may and may not do monetarily.

The third element in this trend has not yet been put in place but is in the planning stage – the elimination of paper currency. The plan is to force all wealth into banks, where they can control it, then eliminate the use of paper currency. (Paper currency is increasingly being blamed as being the source of financing for terrorism, so anyone who objects to the elimination of its use can plan on becoming a suspected terrorist.)

Once all three components have been achieved, people in these jurisdictions will only be able to make monetary transactions through a bank. There will be no mattress stuffing, no purchases or sales of other forms of wealth unless they are considered acceptable to banks and governmental authorities.

But, finally, there will be the subject of taxation. Once all wealth is trapped in the banking system, direct involuntary taxation can begin. Since your government will have a record of every financial transaction that you’ve made during the year, they can unilaterally decide what you owe in tax and take it as a direct debit from your account. (They will certainly provide you with the right to appeal if you can afford the appeal process and are feeling lucky.)

Annual tax filing will be a thing of the past, as individuals will not need to file, and tax debts can be made more frequently, perhaps quarterly, perhaps monthly. Should tax rates rise dramatically, due to, say, war, which is certainly in the cards, the depositor will have little choice other than to watch the robbery take place on a regular basis.

And, again, those who object may find themselves being investigated for terrorism.

Throughout history, those who have believed that they’ve been overtaxed have had but three choices. The first is to simply accept enslavement to the government. The second is revolt of one form or another. The third has always been to move one’s wealth (however large or small) to a better jurisdiction, one where the government has a long reputation for stability and respect for the rights of personal ownership. Sadly, much of the former “Free World” is heading in the exact opposite direction and the reader may wish to consider whether he wishes to exit his wealth from his present country of residence before the door has been firmly shut. In doing so, he may also give thought to expatriating himself to one of the worlds freer, more promising jurisdictions.

With the US government printing trillions of dollars, inflation is skyrocketing. And contrary to what the government is telling us, we believe inflation is not “transitory.”
Think About It..