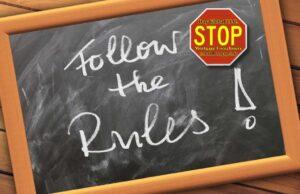 What is the governing law and how should that be applied? These municipal corporations are governed under their charters; however, they are also subject to Article 14 an amendment to the federal constitution. This 14th amendment did several things.

It provided that those who are not born freemen would be recognized as an operation of law to have the same equal rights as those born free in one of the sovereign republic confederation states.

The unstated qualifier is that to exercise these rights they must know the law and be well-disposed to using it.

They must learn law and procedure. They must know and understand the one-sided take-it-or leave-it-agreement contracts they chose to participate in by their written signature and where appropriate negotiate those contracts to their best interest rather than just accepting those contracts as offered.

In the 1860s there were many former slaves were given equal protection by the law.
Not inherently recognized as having rights but due to their newly free status Article 14 an amendment provided them equal protection of the law as if they had been born free.

However, most of these former slaves did not know the law and were incompetent to engage in commerce even though they now had the standing to do so. Now that everyone, free man and former slave alike, has equal rights, the free man may choose to accept benefits in exchange for consideration, just as a former slave may.

Most of these former slaves did not know how to go out in the world and organize and run a business and therefore looked back to their former masters for opportunities.
Many of the former slaves immediately exercised their newly acquired contract rights to become sharecroppers.

Due to much activism regarding the unconscionable contracts to which sharecroppers had subjected themselves and other substantial disparities and contract labor situations the municipal corporations began offering alternative benefits programs in consideration for other obligations.

The essential governmental services side of the municipal corporations enacted statutes preventing state charter corporations or any other state-licensed business from participating in such unconscionable labor contracts, while at the very same time creating the public policy encouraging every business to partake of the benefits of the commercial side of the municipal corporations in consideration for waiver of their unlimited right to contract.
Think about it..