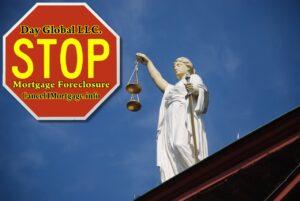 CONGRESS replaced STATUTES with international law, placing all states under international law as an act of Treason and Sedition. (This was an act of TREASON and SEDITION!! Congress had no authority over or to alter State Constitutions. This means every local, county, State or U.S. Government public office and public official servant is a foreign state Agent, including all political subdivisions. (i.e. every single court is considered a separate foreign entity Business Corporation by DUNN & BRADSTREET registration of Businesses.) Here are a few statute code laws you may want to learn regarding government. Below are the Statute Laws covering this.

Title 28 USC 3002 Section 15A states that the United States is a Federal Corporation and not a Government, including the Judiciary Procedural Section. The Territorial Federal United States consists of the Municipal CITY of Washington, District of Columbia, Island Territories, and Forts, Magazines, Arsenals, and other needful buildings of the Corporate Federal Government that are located within the outer boundaries of each of the 50 Confederation states.

Federal Rules of Civil Procedure (FRCP) 4j states that the Court’s jurisdiction and immunity fall under a foreign State. That you must give your consent to their jurisdiction. Always question and dispute jurisdiction in these Foreign Articles 1 and IV BAR Business COURTS!

Title 22 CFR 93.1-93.2 states that the Department of State has to be notified of any suit, and in turn has to notify the United States citizen of said suit. A BAR Attorney representing an artificial person corporation can not bring a lawsuit against a state national, sovereign, or citizen. The case shall be dismissed with prejudice in favor of the defendant.

Title 28 USC 1602-1611 (Foreign Sovereign Immunities Act) states: jurisdiction of a court shall be allowed to be challenged, and a demand to show proper jurisdiction to be stated, brought up, questioned or alleged at any time by either party. Always question and demand the Plaintiff, bank, or government proves Jurisdiction!!

July 27th 1868 15 Statutes at Large Chapter 249 Section 1 “Acts Concerning American Citizens in a Foreign State”, expatriation, is what is broken when jurisdiction is demanded, and it is not met with an answer by any judge or court.

Federal Rules of Civil Procedure 12b 6 states:
that the prosecution has failed to provide adequate proof that the parties or agents involved in this situation are actually corporate entities by Federal territorial jurisdiction.

1950 81st Congress Investigated the Lawyers Guild and determined that the B.A.R. Association is founded and run by communists under definition.
Thus any elected official that is a member of the B.A.R. will only be loyal to the foreign B.A.R. monopoly against ante-trust laws and not the people.